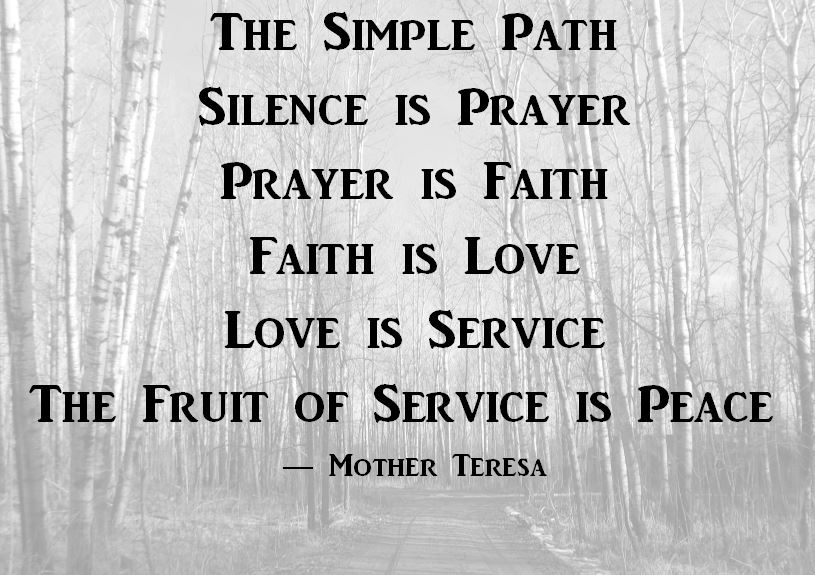 From time to time, I forget that life is about service.

I get caught up in how I want it to look, in my attachments to how this world and this life are “supposed” to behave for my benefit and pleasure. It’s especially visible when a grudge that I didn’t even realize I was holding lifts suddenly…like knowing that on a gray and rainy day the sun is still shining behind the clouds.

I’ve been holding a mini grudge against The Angle, and a bigger one against our country. Of course, the places are inanimate; they are man-made locations on a map that wouldn’t exist but for the take-and-delineate desires of humankind.

Still, I built a beef in my mind against some perceived wrong-doing I had to endure, next the people started representing the place as a whole, and then I set about suffering as if it were my lifelong ambition.

It started with dollars and cents, as it often does in our money-hungry capitalistic culture. Previously, I had always believed I was the type who put people before money. I even passionately declared as much to a group of us at a recent meeting of our non-profit snowmobile club. I was voicing dissent over a string of decisions that I thought had put dollars and cents before people, before community.

The voice that rang loud and clear in my mind after the confrontation ended was a direct quote, “Why should we pay the money if we don’t have to?”

I interpreted it as “why, if no one is going to legally force us, should we do the right thing?”

And as a result of my intense focus on that negativity, a few weeks later my family’s personal business took a financial hit from the same direction for the same reason. In the messy cluster that was my relationship over the last two years, which I’ve written about very openly in the past, here, here, and here, certain business obligations went by the wayside. As in, we failed to bill for services rendered for 2.5 years. It was a source of plenty of shame and embarrassment.

We make the often-arduous trek to town five days a week, and as a service we run errands for people and businesses across The Angle and islands. We also do a lot unbilled personal favors because it’s the right thing to do. Once life got organized (and sober), it was time to deal with what we had put off. My beautiful man, in his quiet, unselfish way, would have kept on serving, asking nothing in return. But me, well, I guess I’m more money-hungry. We had done the work, and though we were late, we finally sent a bill.

The statute of limitations for billing is six years in the state of Minnesota, but as a professional courtesy, and mostly to alleviate my shame, we gave people the option to “pay what you think is fair” for anything over one year old. Every single business but one paid in full and with kind regards. The largest check, however, the one that, as it turns out, would have bought my family two acres of land, didn’t arrive.

And the words began to ring louder in my mind’s ears: “why should we pay the money if we don’t have to”.

I gave them an “out,” and then I held it against them when they took it. I judged them, and then I became them. I had put money before people. Even this writing about it feels like a selfish venting of the perceived slight. My ego needs checking. My money-hunger is getting the better of me. And it all feels so sleazy.

It feels similar to the grudge I was holding against our country for constantly electing politicians who seem to put money before people and who spread the fear-based message that “others” are looking to disrupt our comfort. It feels like the resentment I held against my neighbors who seemed more apt to defend a billion-dollar oil corporation over a down-trodden minority protecting their only water source. Or, it is like the contempt I fostered towards those who focused, for example, on the overflowing garbage cans that the Women’s March left behind instead of the message of love, equality and empowerment it was trying to spread. I’ve been unhealthily internalizing all types of these “bad guys vs. good guys” battles, always assuming I was on the right side.

But in going to battle, in creating the battle in the first place, I can see that I alone am responsible for setting up my world in an “us against them” manner. I’m judging others and then doing the exact same thing. I’m blaming others for my discomfort and turning life into victimhood. I’m putting perceived slights above relationships, money before people, and grudges in front of my desire to serve community and country.

I don’t want to be that person.

I want to be someone who serves selflessly. I want to make the world more beautiful for having been here. I want to get back to my dreams about building a public park here at The Angle. I want to tell the survival stories of the elders and adventurers here. I want to help The Angle’s one-room school house build another room so we can better prepare our children to go out and give back. I want to be a giver not a taker.

Mother Teresa once said, “A life not lived for others is not a life.”

I want those words to ring in my head, not the ones about money. I don’t want some corporatized definition of prosperity. I want a real life, not a never-ending battle. In all regards, I just want peace.