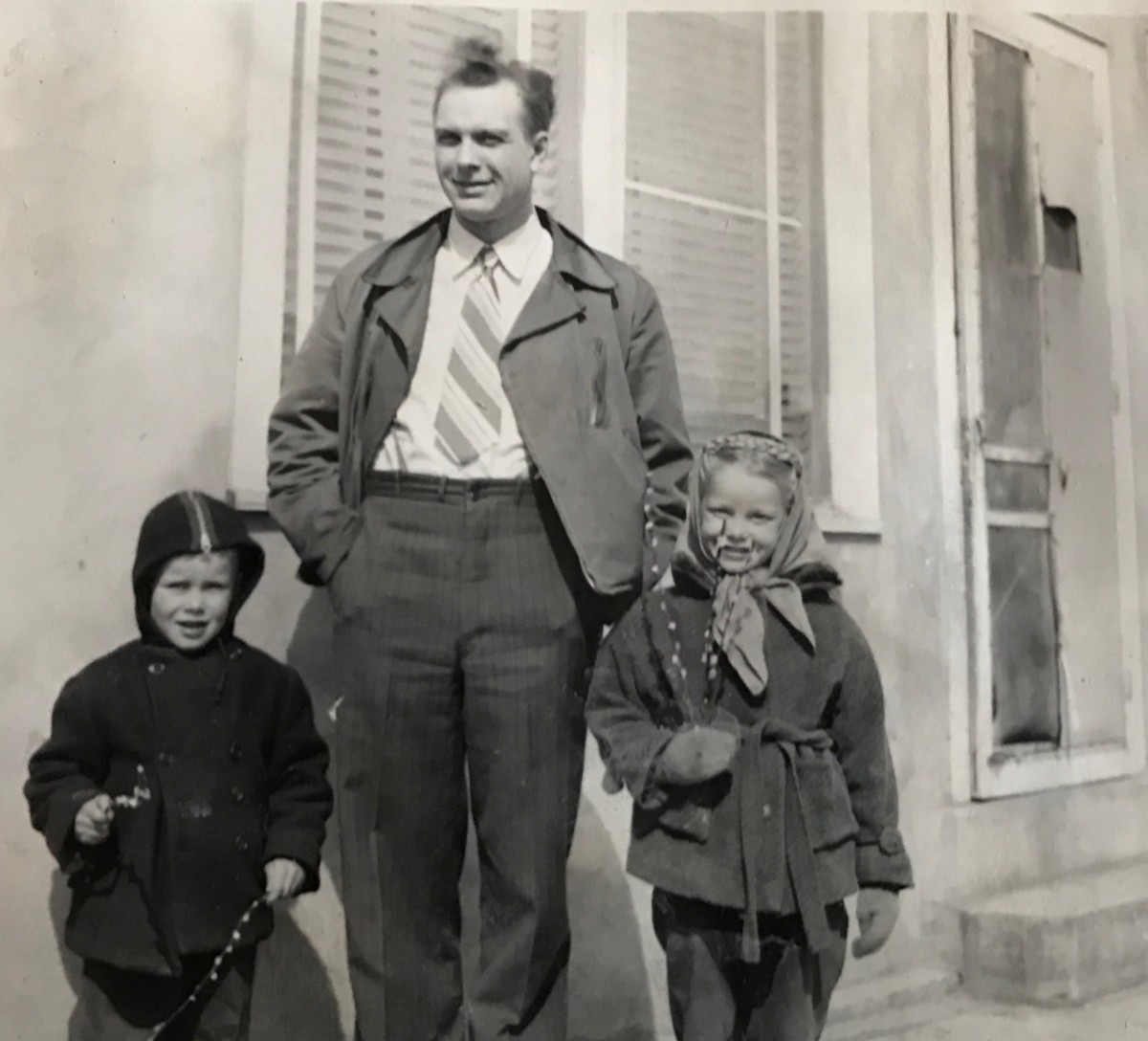 Sam Chapin was only nine when his family left Northern Minnesota, moving to Stillwater, MN and then later Woodville, WI. On that fact alone, he seems an unlikely candidate to be passing on a legacy of memories about Warroad, Lake of the Woods and the Northwest Angle. But over the past six years, that’s what he’s been doing. His deep attachment to the area was developed during the first decade of his life, and now in his 70’s, paired with the lives his parents led and what they left behind, it’s what’s put him in the position to be giving this unique gift of memories to the people of Lake of the Woods and Roseau Counties.

“Both my mother and dad wrote diaries,” Sam explained. And when Sam retired in 1999, “one of the projects I took on was I typed up their diaries.”

Sam’s father, Earl Chapin, was the owner and editor of the Warroad Pioneer for a time in the late 1930’s and early 40’s. He was also a photojournalist and freelance writer who published numerous newspaper and magazine articles, annual tour guides of the area and the Minnesota State Guide, published in 1938 as part of a get-back-to-work Federal Writer’s Project.

Earl wrote prolifically about the area, including two books. “Long Wednesdays” which was about the experience of running a country paper, and “The Angle of Incidents – The Story of Warroad and the Northwest Angle.” These books live on today and are available in the Warroad Public Library and the Warroad Historical Society.

Still, much of the true flavor of an area isn’t captured in the published works of any individual. After the deaths of his parents, Sam began the painstaking task of pairing their diary entries with his dad’s photographs and written work. He matches bits and pieces of information to get a more complete picture of that time and the “characters”, as he calls them, in Warroad and the NW Angle’s history.

Sam’s professional career revolved around the world of supply chain and logistics management, so he’s been something of a puzzle master most of his life. Now, in the midst of an active retirement, Sam works on preserving his parents’ legacy as an ongoing labor of love, using the Lake of the Woods Memories and Stories page on Facebook as his final publishing destination.

“I started posting in 2012 because I thought this information would be of some interest to some folks up there,” Sam said. “After a few years, I stopped because I thought I had exhausted most of the major things.” But with some encouragement from some of the 1,700 folks who follow the page, Sam is back at it in the recent years, re-sharing things he originally posted, adding tidbits he’s gleaned from other sources and finding new stories now and then.

It’s an offering he makes for the pure joy of watching other people, largely unknown to him, interact with the memories. “When you get older you seem to harken back to those days and the memories and so forth, which I think is very good, very healthy,” Sam said. The best part for him “is making a connection with people, particularly up in Warroad and The Angle, that remember my parents and get excited when I post a picture of somebody that lived up in that area. They go off and tell stories about their experiences and then another person picks it up.”

We had a lengthy conversation, and over the next few weeks we’ll publish some of that Q&A, as well as a few stories and photographs left-over from his parent’s legacy. Sam’s hope is ultimately that people will explore and enjoy the substantial amount of written and pictorial documentation of his dad’s work, who was also at different times County Assessor and Mayor of Warroad. The resources are available at the Warroad Historical Society, the Warroad Public Library and the Lake of the Woods Memories and Stories Facebook group page, which can be joined upon request.

Sam also hopes that his current puzzle piecing work brings back precious memories for the people of the area he loved so much as a boy.

We look forward to offering this piece of history for our readers.

(Published in the December 4, 2018 issue of the Warroad Pioneer)

3 thoughts on “The Gift of a Legacy”