Warroad-Born Sam Chapin Remembers How It All Began 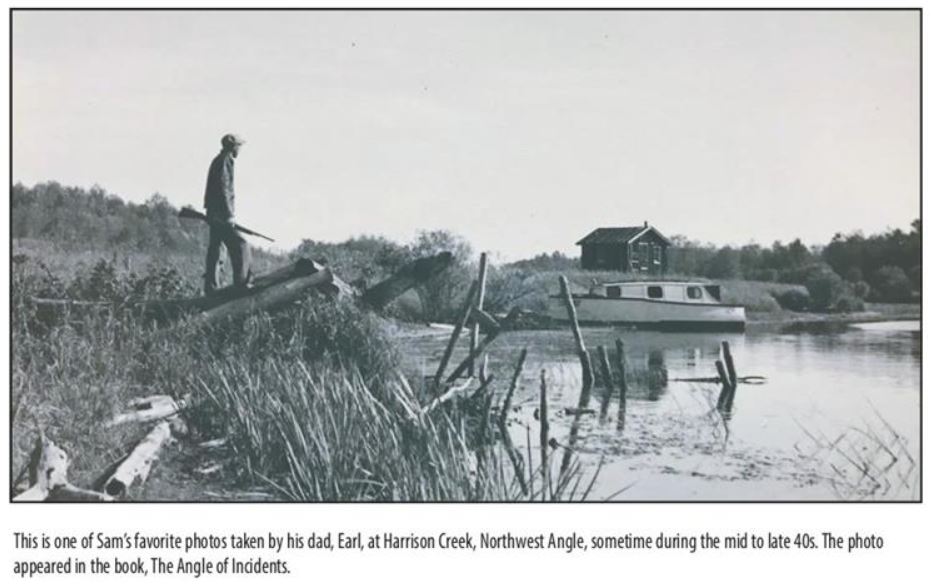 The Gift of a Legacy, continued from Dec. 4th

I recently spoke with Sam Chapin about his interest in Warroad and the Lake of the Woods area and how he came to be giving this gift of memories back to this small community so far away from his Wisconsin home of more than sixty years. Here is some of his background (paraphrased in places) and a few of his earliest memories of the area.

Sam: I was born in 1942 in Warroad, MN where we lived until 1947 when my dad got a job as county assessor. We moved to Roseau for two years, but then returned to Warroad briefly. In 1951, my dad got a fulltime job with the St. Paul Pioneer Press as the Wisconsin editor, so we moved to south of Stillwater, MN and then a couple years later moved to Woodville, WI, which was about the center of his territory, which ran from Superior to Prairie du Chien, WI and as far east as Wausau.

I graduated from Woodville Highschool in 1960, Wisconsin State College O’Claire with a double major in history and economics in 1964, and I got a Master’s Degree in ’65 from University of Wisconsin Madison in economics. In ’65, I got a job with 3M and then I got married in August of ’65, but a month later I got a notice from the draft board. I signed up with the Navy as a Navy Supply Core officer. I was in Navy from ‘67-‘69 and came back to Wisconsin and moved to River Falls where we’ve lived since 1969. I retired from 3M at the end of 1999, with 34 years there. I was a logistics operation manager for the healthcare group.

My wife’s name is Barbara (or Barb). She grew up in Baldwin, WI which is four miles from Woodville. We met on a blind date.

I have two sons. My oldest lives in Hayward, WI near where we bought a cabin. He’s in insurance and is married. My youngest son is a middle school principle, has three children and lives just across town from us.

Q: Do you get to spend much time at your cabin?

Sam: Yes, we do. We’ve been retired for some time. Our cabin is about 13 miles east of Hayword. I’d say we’re up there at least 30% of the time. We bike a lot. It’s a great place to bike. We cross country ski. We’ve been active all our lives. We’re about a mile from the American Birkebeiner Ski Trail. It’s the largest cross-country ski race in North America. We’re about a mile from the midpoint of that race so we have some great trails to ski and snowshoe, and bike and hike in the summer.

Q: Can you tell me about how you came to be posting in the Lake of the Woods Memories and Stories Facebook group? I see that your earliest post was May 3, 2012, more than six years ago.

Sam: I’ve always had a strong attachment to Warroad because that’s where I grew up until I was 9 years old. I have a lot of boyhood experiences and memories in Warroad. My cousins and Aunt and Uncle (Mildred and Leland Hughes – he was a veterinarian in Warroad) lived across the river. After we moved away, we would come back for a week or two vacation in the summer time and stay with them. So, my experience with Warroad didn’t end when we left. It was carried on for a number of years. We vacationed there and took our family there a number of times. That’s the attachment. I have a lot of memories about Warroad.

So how did I get into posting things to the Warroad FB page? My dad had written a great deal about the Warroad area. Of course, he was the editor of the Pioneer from ‘37-‘45, but he was also a freelance writer.  In 1936 he was offered a job by what they called the Writer’s Project, it was part of the IWPA – a state-by-state project to get people back to work. One of the projects this Writer’s Project undertook was to put together a state book for each state. My Dad worked on the Minnesota state book and was assigned to 7 counties in northwest Minnesota, so he gathered all the information from all the little towns and counties for that part of the state, and he wrote a section about Warroad and referenced Lake of the Woods. He eventually became the editor-in-chief of that book.

So, he had a strong interest in that area. He grew up in Roseau and what got him to Warroad was this writer’s project. He also did a lot of research on the NW Angle and wrote all kinds of articles about the NW Angle and the characters that were in Warroad / NW Angle area.

I ended up with all the papers, newspaper and magazine articles and so forth that he wrote over the years. He was published in many, many magazines. He wrote the book “Long Wednesdays”, which was written as fiction but was for the most part very factual. After retirement I really started looking at that book and asking my mother what of the book was true. The names have been changed but she let me know who some of these people were. The book is something of a history of Warroad in the late ‘30s and ‘40s when my dad owned the newspaper.

He received a fellowship from the University of Minnesota to write a book on the NW Angle. It was called “The Angle of Incidents.” A lot of those articles were published in different newspapers and magazines, but it’s all compiled in this book, and when it was published he donated this book to the Warroad Area Historical Society. They have a lot of copies of this book if you’ve never seen it.

Both my mother and dad wrote diaries. One of the projects I took on was I typed up their diaries. My dad was also a photojournalist and I started tying the pictures into what was in the diary. I started posting to the Facebook group in 2012. I did this because basically I thought this information would be of some interest to some folks up there. After a few years, I stopped because I thought I had exhausted most of the major things. I didn’t post for a couple years, but I recently inquired if there was an interest even though most of these things were posted before. So, I started reposted again and I’ve been able to come up with some new things that have never been posted that I’ve been organizing. Combining diary entries with things that my dad has published and with some of his photos too. The photos spark a lot of interest. It’s just amazing how many people will respond to them.

All of it together, I have a base of information that covers a time period from the late 30s up to the early 50’s. 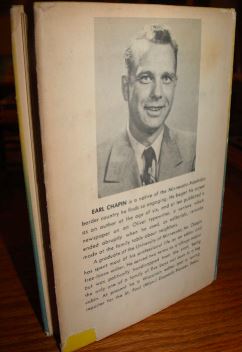