Column 118 – Many things, but mostly my aching hips at 4-months postpartum, led me to a carnivorous trial diet. I went from veg-heavy SAD, to “Eat Meat, Drink Water.” Here’s what happened in the first two weeks. 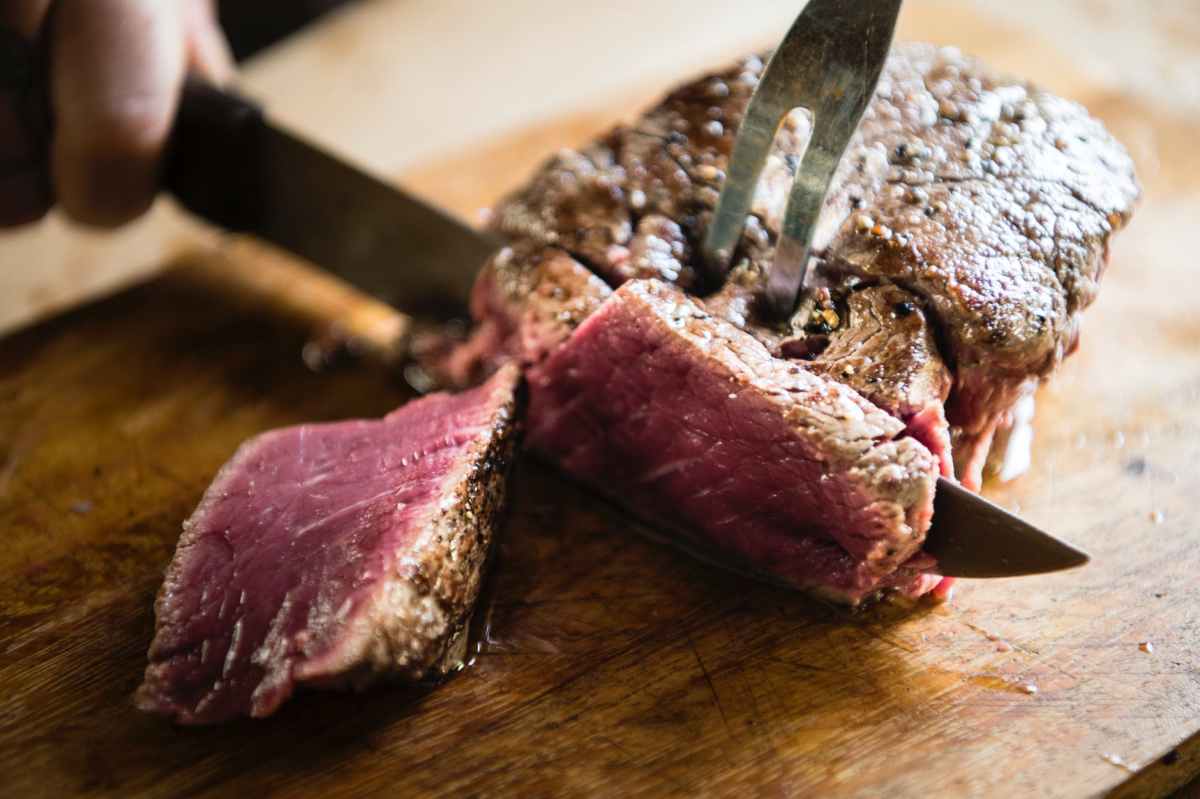 Normally, I wouldn’t share anything like this after such a short time, but two weeks into a new way of eating and I’m excited enough about the healing I’m experiencing that I want to talk about it.

Since giving birth, my hips have ached nonstop. I could no long sit cross-legged, and every time I stood up from any seated position I was painfully sore and slow to get moving. Carrying an infant around made everything even harder and it began to really bother me that this seemed to be my new reality at only 43 years old.

I also made a full, long list of all my other “ailments,” everything from recurring depression to low energy to the tiny skin tags that had appeared in the last few years. It was a long, eye-opening list.

For over a week straight, I used every extra minute to read and read and read. I wasn’t willing to resort to any kind of medication or an overly time-consuming exercise program, so I settled on a total elimination diet as a first means of approach.

My current diet didn’t seem that bad. Yes, I had a sweet treat now and then but nothing in excess. I ate the occasional simple carbohydrate in the form of potatoes, bread, pasta, crackers or rice, but not all the time. I took loads of supplements, splurged on the latest and greatest super foods, and used tons of leafy greens to make green juices and green smoothies, plus I ate a big salad almost every day. I didn’t eat dairy or drink coffee regularly; I had fruit almost daily and ate vegetables and protein with every meal. We rarely eat out, so any bad oils in my diet came from the rare indulgence in a processed food, like tortilla chips.

No, it wasn’t perfect, but I also didn’t think it was bad enough that I should be feeling as bad as I was, especially in my joints.

At a certain point in my research I made a decision, and once it was made it sure felt good to have direction. I called my doctor for kicks and giggles, and she recommended a quick blood draw to get a look at my full metabolic panel. I did that on a Friday, and then on Sunday, cold turkey, I changed my diet.

I removed absolutely everything except for meat, eggs and water. My goal is to eat this way for a set amount of time and then slowly add other foods back in to see how my body reacts. If my hypothesis is right, the foods I was eating the most were doing the most damage.

On days 2-5, I felt lethargic and headachey due to the carb withdrawals, but that was the worst of it for me. In less than two weeks, the biggest change was a noticeable reduction in my achey joints. My ankles and hips could simply get up and go, not making me pause in pain as they used to. I was starting to sleep more deeply in between baby feedings. My energy throughout the day was steady and good. My creative motivation started to come back and I found myself wanting to work on craft projects. Perhaps the best part so far, and one that I hadn’t counted on, is that cravings went away and my mind’s preoccupation with food waned so much that I got a good chunk of my time back. I used to wake up thinking about food and then spent a lot of time pouring over recipes and planning the next meal for my family.

At the end of two weeks (which was way too soon), I decided on a whim to add back in soup vegetables. I made a delicious bone broth soup with pork loin, leftover steak and bacon and then added onion, ginger, garlic, carrots and celery.

A huge bowl filled me up, but almost immediately I was craving more carbs. Having just made a Costco run for school lunch goodies, I caved. I ate several processed food items that tasted good but left me wanting even more. We ended up at my parents’ for dinner and there I ate spaghetti. The next day, I was beyond moody and my energy tanked. I got back to my original plan immediately but it felt like I was battling my way out again.

A few days later I noticed my breastmilk supply was decreasing so back to the research boards I went. Mainstream medical advice said that carbs were necessary for steady milk production, but other anecdotal evidence suggested a close look at hydration and to increase fat and protein intake.

So, that’s where I’m at now. My joints feel better. My energy is great. And I’m going to figure out how to keep at this while successfully breastfeeding for as long as possible. I love and miss the texture, taste and variety of vegetables, but the more I read, the less likely I am to add them back in at the levels I was eating before.

I like being a guinea pig, and so long as my milk supply doesn’t suffer any further, I’ll keep on keeping on and will write an update in a month or so.

One thought on “My Hips Led Me Here”