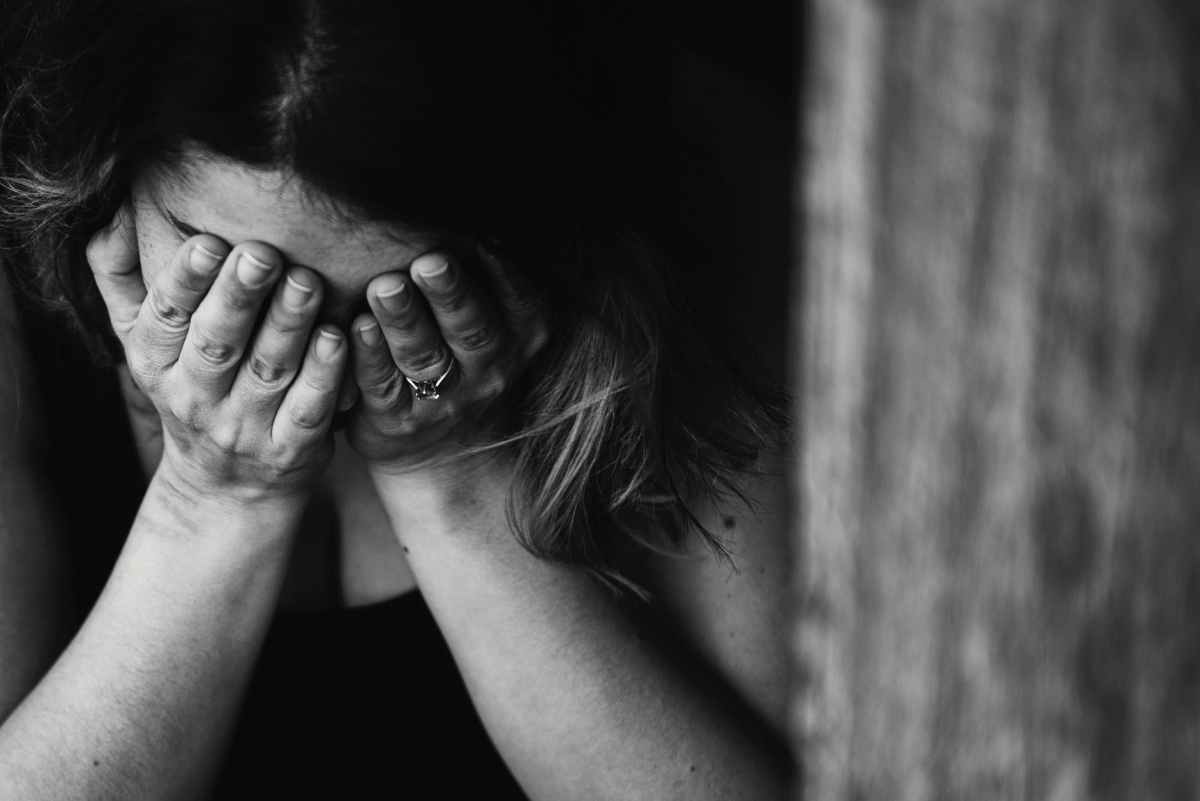 At the end of last summer, on a whim while making late-night music with my family, I had a sip of my sister’s wine. And then someone appeared with a glass for me, and then someone else kept it full all night long.

I went home and told Tony. I was honest, because that’s what you do when you’ve committed to sobriety and you fuck up. You get real. You admit your mistakes. And you move forward.

Except we didn’t move forward. We moved backwards.

My mistake was all the permission he needed. Tony started coming home with a bottle of wine now and then to go with our grilled steaks. It tasted terrible to me. Then he started coming home with two bottles of wine twice a week. I could get through the terrible tasting first glass, and suddenly I wanted another glass and another. That was always my drinking problem. I didn’t drink often, but when I did, I didn’t know how to stop. Then he found those fruity new hard seltzer drinks that every brand is hawking. Those started coming home every night. I watched in horror as it got worse and worse.

I tried to pretend everything would be alright; he assured me it would. I didn’t drink often, but just as before, once I started I didn’t want to stop. And now with no tolerance, three drinks of anything left me with a wicked hangover. The novelty quickly wore off. Not to mention I was wracked with guilt every time I drank.

I started reading and researching and came across a medication called naltrexone. It’s an opiod blocker that helps take away the buzz and the desire for more to keep the buzz going. That’s basically all an alcoholic is chasing when it comes down to it. There’s a lot more science to it than that, obviously, but you get the gist. I messaged my doctor telling the truth and she prescribed it no questions asked.

It made me awfully sleepy for the first hour after taking it, but it made alcohol taste even worse and it truly killed my desire for anything more than the first couple of sips.

But then I got inconsistent. And it worked less well. I spoke with another woman online who had had great success with it; her alcohol cravings were nearing “extinction” as she put it. She told me I have to be consistent. I have to take the medication every single time I drink. In a nutshell, I had to be honest.

I convinced Tony to try it with me once. He hated the sleepy, loopy feeling it gave him and said he’d never take it again.

Now, he’s drinking almost daily.  I did drink all the fruity drinks recently when we were on a tropical vacation, and I’ll join him for a drink once or twice a month at home. But I have no desire to be a drinker anymore. Tony, unfortunately, can’t stop and doesn’t seem to want to. He stays out after work every night and comes home to us later and later all buzzed up. At first, he’s annoying to me and goofy with the kids. But when the alcohol starts wearing off, he’s impatient and mean. He mocks me. He yells at Iris. He dropped Julian.

This is the man I love. And I’m willing to fight for him. I’m willing to stand beside him to help him see what this drug is doing to him and to us. But right now, I don’t know how. I’m so angry that he would even consider risking all we’ve built ifor the sake of a false buzz.

What I don’t know right now is how to love him through this. I’m so very afraid. It got really, REALLY bad between us before we got sober last time. There were bruises. There was blood. I can’t go back to that. I won’t. And, I will never let my kids be around that.

I will leave him before anything happens like that ever again.

But I don’t want to have to.

I want to raise my kids with their sober father who is sweet and funny and quiet without the booze propping him up. I want to love this man until I have to cut his steak for him, until I have to drive the car because he can’t see or hear anymore. I don’t want a poisonous liquid to ruin us and our peaceful grow-old-together future.

I want to celebrate more Sobriversary’s. I want to reach big anniversaries of all sorts.

And I want to always be honest. Because that’s the only thing that’s going to save us now.

And we’re in dire need of saving.

14 thoughts on “Time to be Honest”