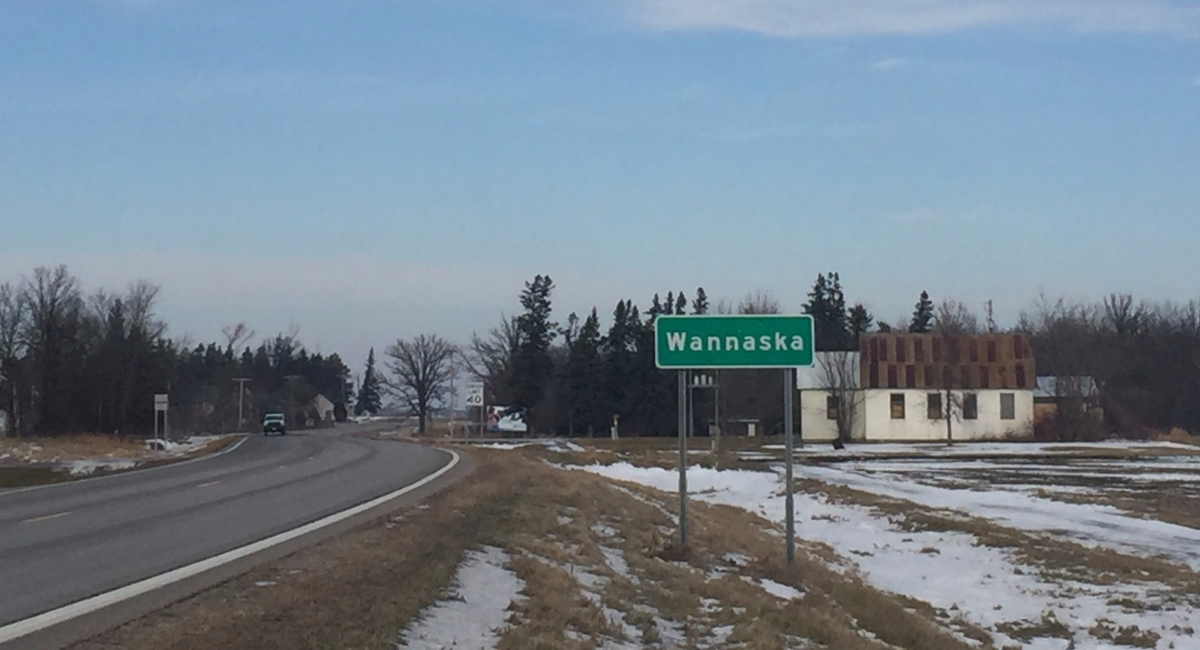 Rural America faces plenty of economic challenges, from the sharp decline in the number of family farms and, in turn, the small-town economies that supported them, to the disproportionate reliance on manufacturing jobs, to a severe shortage in child-care providers.

Of course, these are broad-stroke issues within a greater problem facing the country at large, but despite the gloomy outlook touted by commissioned studies, universities, and rural betterment institutes across our 50 states, there are still small community success stories happening everywhere you look.

Wannaska is one such story.

25 miles south of the Canadian border on Highway 89, the small community bearing the Ojibwe word for the Roseau River lies on the South Fork of the winding tributary. A bedroom community for the likes of Polaris (13 miles away), Marvin Windows (35 miles away) and even Digi-key in Thief River Falls (58 miles away), Wannaska is unincorporated and doesn’t list a population on its road sign. But it’s actually those kinds of traits that are a draw to some of the residents.

“We like it because it isn’t a town,” Ward Knight said. Knight runs his construction company Anglewood Builders from his residence in Wannaska. “It has the feel of a community but without all the hubbub and governmental noise of an actual town.”

Holly Braaten also lives and works in Wannaska running a day care center. Holly joked that her husband, who is a Polaris employee, imported her from Edina, MN, and she admitted it was a culture shock at first. “I do miss the shopping and restaurants that the bigger city has to offer,” she said. “but now I wouldn’t want to live anywhere else. I love the small-town community. Everyone looks out for each other, and it’s so peaceful and quiet.”

The ten children of Holly’s Tiny Hands Day Care can often be spotted out and about in the community going to the post office, taking walks or picnicking at the park. “I love running my business in a small town,” Braaten said. “Everyone in the community loves the kids, and businesses in town open the doors for us when we’re out strolling around. They are so welcoming.”

Writer and national community activist, Arthur Morgan, who was active during FDR’s tenure as president, believed that small-town America was an incubator for the positive characteristics of society. “The roots of civilization are elemental traits—good will, neighborliness, fair play, courage, tolerance, open-minded inquiry, patience,” Morgan said. Throughout his life he taught that these traits are most successfully instilled down through the generations in small communities, and to witness the decline of small-town culture is to watch the decline of the entire nation’s culture.

To life-long Wannaska resident Elaine Billberg, this instillation of values is a core facet of small-town life. “People always say it’s a great place to raise kids,” she said. “That’s one thing about country life, kids learn to work.” The community also comes together when people are in need. “I’m sure you probably see this in every small community,” she said. “But here, if someone has a hardship, if there is a death or illness, people go over with food and help out how they can. Farmers will help each other get crops in. It’s really how close-knit the community is that makes it prosper.”

Small yet prosperous communities such as Wannaska are, in some ways, like a freshwater stream emptying into a large body of saltwater. Families in rural areas work hard at raising their youth to be good and productive members of the community, kindhearted and compassionate, and when the young adults leave, as many of them do, the communities are then giving these values to the world. Where freshwater meets saltwater, an estuary is created, one of the most bountiful aquatic ecosystems there is.

An interesting real-world example is one of Wannaska’s most famous exports, Garrett Hedlund, who is known for his roles in films such as Troy, Four Brothers, Tron: Legacy and Unbroken. Hedlund is said to be a thoughtful actor, an optimistic personality and forever the farm-kid from northern Minnesota.

“I was born with chores,” Hedlund was recently quoted as saying in a video series called “My North” created by MPLS St. Paul Magazine and presented by Explore Minnesota. Garrett spoke about going to school in the Wannaska area. “Our school was about 75 yards long; it had a little outdoor ice rink with a warming house that a local in the town would groom with a little irrigation tank that he had made, his own personal Zamboni. We were so far out that we were the first ones on the bus and the last ones off.”

The long bus rides for school kids or the shuttling responsibilities for parents were the only disadvantages Elaine Billberg could think of to living in a small community like Wannaska. Others might point to minimal opportunities for young adults and the need to travel for medical care or even fresh produce.

For Margo Lee, who lived in Uptown Minneapolis for a time but then came back to be a part of the family business, the differences were jolting. “It was still a shock even though I grew up here,” Lee said. “But I do like that my commute, instead of an hour drive, takes me 2 minutes now.”

According to demographic expert Bert Sterling of bestplaces.net, Wannaska (zip 56761) has seen a population decline of 24% in the last 17 years. Still, it has what its in-town residents need. A handful of businesses keep the community patterns alive and running like clockwork. Riverfront Station opens at 6AM for commuters and coffee drinkers. Café 89 right across the street welcomes the regular coffee crew. “Mostly the guys,” Billberg chuckled, “they get everything pretty much solved.”

Locals are very loyal to Café 89, which has been around for more than six decades and is said to have unusually good food for a neighborhood joint. Holly Braaten said that walking over for Saturday morning breakfast is a standing tradition for her and her family.

Wannaska has one church, Riverside Lutheran, with a very active Sunday school and youth group program. The Wannaska Lion’s Club just celebrated 100 years and is another high-functioning aspect of the community. The brand-new Community Center was built almost entirely with volunteer labor and through funds raised in and by the community. Bull Dog Storage and Bergstrom’s Inc., an electrical contracting company, are also based in Wannaska, as well as a host of other home-based businesses we are likely unaware of.

Lee’s Trustworthy Hardware is also a staple of the community. The oldest business in Roseau County, Lee’s has been family owned and operated since 1906. Fourth generation Margo helps run the store with her parents Kraig and Bonnie. “We have a little bit of everything,” Margo said. Open from 8:30-5:30 during the week, until 4PM on Saturday and closed on Sunday, the small-town business maintains small-town hours, but it takes care of its neighbors. “Since everyone in the community knows how to get a hold of us, we open the store after hours if it’s an emergency,” Margo said. “The post office is also located in the store. And we stay open later during deer season and around the holidays.”

Lee’s is way more than a hardware store, as regular shoppers can attest. The store boasts over 40 feet of just toys. Plus, their sundries, treats, giftware and house décor sections make it a true destination. And during the holidays, Wannaska becomes just that.

December 9th is Santa Clause Day at the Community Center. From 11-2, you can meet Santa, play games, have a free lunch and the Reller Family Farm will be offering sleigh rides. Simultaneously, Lee’s will host a holiday open house staying open till 7PM, offering door prizes, free coffee and cookies, as well as plenty of sales.

For barely being on the proverbial map, Wannaska certainly knows who it is as a community. It, and others like it, are the freshwater nutrients in an increasingly muddy delta. Even actor Hedlund has talked about swimming upstream again in the future. “Everything that pushed me away is what pulls me back now,” he said in an interview with the DailyMail.com. “It’s the kind of life I’d like to give my kids when I have them.”

4 thoughts on “Wannaska survives the trends of rural decline”