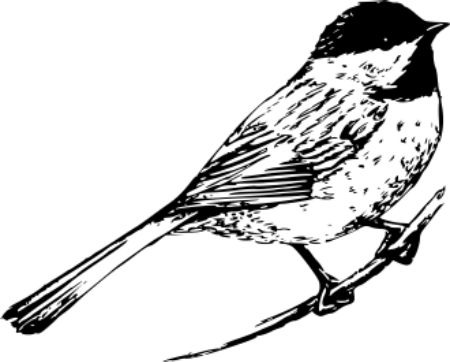 I can type without looking, so I watch two chickadees hop from branch to branch in a pine outside my window as I write. A hummingbird visits my basil. And the yellowing leaves of a lone August birch are suddenly prominent.

My thoughts fly with the birds. My wonder wanders aimlessly. I didn’t know it could all feel so big, so good and yet so painful at times.

My mother used to sooth us when we were children, cooing in our ears that “life is so hard” as she doctored our scrapes and bruises and heartbreak. Her tenderness melted us into acceptance, and in the end, we came to understand that yes, life is hard but that simple knowing somehow made it easier.

I didn’t know she had the wisdom of the Buddha behind her mothering eyes.

We often won’t believe something until we see it, hear it, experience it for ourselves. Many people told me how hard parenting can be, but I didn’t believe it would be so for me.

I didn’t know they were all telling the truth, all gently preparing me, all slyly chuckling inside about the deep end I was wading right towards. I didn’t know I could ever yell in anger at such a young soul and then cry in my guilt at night when I thought no one could hear. I didn’t know that parenting would be so much about addressing the broken pieces within me, that I would be the needy one, the one asking for forgiveness again and again.

Facebook weaseled its way back into my day-to-day recently. I found myself engaged in dialogue with another Mom who was demonizing unmarried mothers as free-loaders getting paid to “pop out another one” whenever they want another tax benefit. I didn’t know my heart could be broken time after time by complete strangers. I didn’t know that fear and hatred could run so deeply that we would ever get to the point of generalizing single mom’s as lazy parasites. I didn’t know until I typed this still watching the busy birds that she was unknowingly talking about me.

But at least it snapped me out of my ridiculous month-long Facebook spree. Phone app deleted once again.

I didn’t know how much more beautiful and peaceful life could be when I let go of the need to change somebody’s opinion.

Still, I didn’t know that a bright red ballcap stitched with four simple words could make me feel so ill. My dad was given one for his birthday and the first thing he did was search me out in the crowd, wave it in my face and sneer joyously. I understand it was meant in fun, but it was a gut-punch. I know how much I love him, how happy I was for his joy on that special day and even his pride in that silly red hat; yet I didn’t know I could ever feel so despondent over how very differently we see the world. He wears the hat I have seen marching white supremacists wear. He wears the hat that, to me, represents a holistic return to fear and loathing. He wears the hat of the man I wanted to beg him not to vote for, if only for the daughters he raised to be strong, independent, loving and kind.

I didn’t know so many people I hold dear and so many more I imagined were intrinsically good would disregard moral character so absolutely. I could never have imagined we would come to a time in history when character didn’t matter, even to the most devout of religious disciples.

I didn’t know so many of us would accept, excuse and then put our lone political power – our vote – behind the worst kind of character all in hopes of another miniscule tax cut for the masses or a Supreme Court nomination that would push women into the back alleys again.

I didn’t know the chickadees in the pine outside my window would lead me here.

I just typed, and I watched their fluttering, hopping journey. I didn’t know I would ever long for the bliss of a bird-brain.

I can imagine the insults that are coming to mind in the minds of some red-hat wearers.

But I didn’t know that I couldn’t care in the slightest.